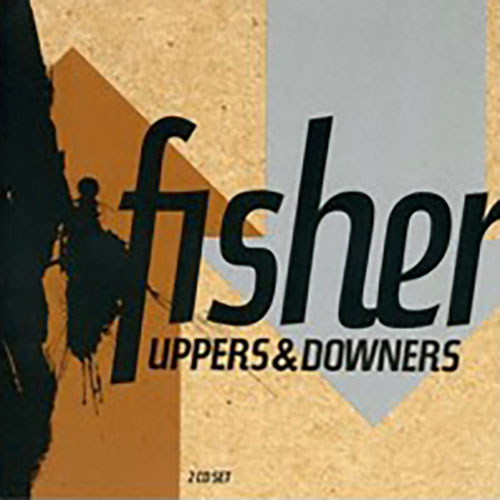 Start with that voice - a voice that someone described as "a hot rock wrapped in velvet." Now, place that voice in a strikingly beautiful young woman. Sprinkle in breathtaking live shows, and what do you have? An act that is both talented and seasoned. And most importantly, an act that moves people with passionate, thoughtful music.

When Fisher's ballad "I Will Love You" first hit the airwaves on Star 100.7 in San Diego, disk jockeys Jagger and Kristi reported drivers pulling off the side of the road in tears to call the station on their cell phones and find out, "Who sings that song?" Star's Program Director Tracy Johnson said of the audience reaction, "I've never seen anything like this." Three thousand miles away, the Boston Globe reported, "The radio term is 'reactive,' meaning that listeners love a song and make their feelings known. Such is the case with Fisher's touching ballad, 'I Will Love You,' which has lit up the phones of several area stations, including WBMX-FM (Mix 98.5)."

Then there's the press attention. There were feature articles on Fisher in the Boston Globe, LA Weekly, LA Times, Entertainment Weekly, Rolling Stone and Bold. A gatefold article about Fisher appeared in Time magazine before they ever had a record deal. Add a December 2000 appearance on the Tonight Show, several thousand Top 40, Hot AC and AAA spins, Soundscan sales of their major label debut LP nearing 60,000, a solid touring base from supporting David Gray and Duncan Sheik, a song on a gold soundtrack LP ("Great Expectations"), three million downloads, numerous uses of their songs in film and on television, and countless repetitions of that voice in national television ad campaigns that caused the switchboards of Verizon and Chrysler to light up with people asking, "Who is that singing on your ad? I love her."

Fisher has just released their third album, a double CD they have been working on for the past year. Uppers & Downers is a musical ride. The uppers are the upbeat tracks that make you dance and sing, a treat that will pleasantly surprise Fisher fans. And the downers are, of course, the songs that make listeners feel, those "reactive" songs that Fisher have become known for.

This album is a celebration of professional perseverance and musical growth. Fisher is BACK and ready to reach out to fans old and new with this new album.

Something for everyone. What more could you ask for?